Attitudes on Aging: Perceptions on Aging Differ for Women and Men 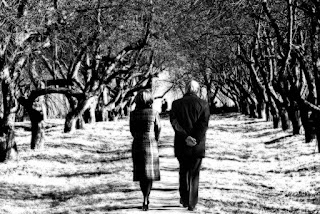 A survey reports that women begin to feel old at the age of 29, and men don’t feel old until age 58. Attitudes on aging affect health as well.
Introduction:

A spokesperson for a British-based funeral arrangement company reported that a study was done to determine the differing attitudes and views on aging between women and men. The survey, conducted by Avalon Funeral, found that women feel past their prime as early as the age of 29.  Men, by contrast, don’t feel as though they are “over the hill’ until the approximate age of 58.
It was reported that one possible reason for men’s and women’s differing  perceptions on aging  could be the fact that society seems to value the attractiveness of a woman more so than that of a man.

Attitudes about Aging
The apparent differing perceptions about aging could possibly impact a difference in men and women’s health status as well. An old saying, “You’re only as old as you feel”, apparently has some scientific merit to it according to a research study from Yale University and the National Institute on Aging.

Studies also show that attitude about aging can be critical and impact health. In1968, surveys were taken of 386 men and women who were under age 50. The same group was studied four decades later. The men and women who had held the most negative stereotypes and perceptions about the aged were markedly more likely to have had heart attacks or strokes than those who had held more positive views about older people. Twenty-five percent of those with negative attitudes about aging had cardiovascular problems. This was a stark contrast to the thirteen percent of the participants with positive attitudes who suffered such cardiovascular events.

Perceptions on Aging for Men
Avalon Funeral Plans The study by the Avalon Funeral Plans determined that  two-thirds of men in the survey reported that they began to feel past their prime when they began having difficulties performing  sexually. The survey also found that 22% of men in the study reported that they began to feel old when they started noticing that music in bars and clubs was too loud.
Society plays a pivotal role in the differing perceptions on aging. Men, it seems, are less defined by their attractiveness than women are. Unfortunately, our society’s attitudes toward youth and beauty are much more forgiving of men than of women. Society doesn’t expect men to be as good looking and youthful as they age. Men are considered to look distinguished, rather than old, as they age. In addition, some men are more career oriented and such men don’t begin to feel old until they reach the age of retirement.

Perceptions on Aging for Women
Modern women feel past their prime when they no longer fit  the nearly impossible ideals imposed upon them by society.  Ten percent of women in the survey report that they begin to feel “over the hill” when they begin to notice that their once-youthful skin starts to show signs of wrinkles and begins to sag.

Another fifty percent of the women in the study reported that they started to feel past their prime when their breasts and buttocks started to droop.
Interestingly, three percent of the women surveyed believed that when and if they started to behave like their own mothers, such behavior was a definite sign of getting old in their perception.
In conclusion, unless society adopts a more equitable attitude regarding youth and beauty of men and women, women will probably remain more age-conscious than men.