Fear Mongering and Divisive Rhetoric as a Political Strategy in 2016 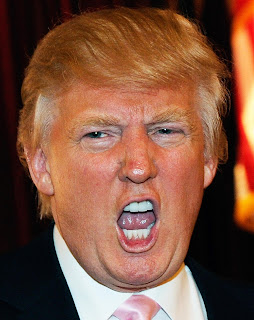 This new year, 2016, is the season of fear—for experiencing it and for exploiting it.  Testimony to that, of course, is Donald Trump, who had already risen to the top of the GOP polls by exploiting Americans’ fears of immigrants and foreigners and who, following the Paris attacks, went on a fear-mongering bender. He endorsed waterboarding, appeared to embrace a registry for Muslims and vividly remembered thousands of Jersey City Muslims cheering the carnage of September 11—an incident for which there is no evidence. In addition, he proudly insulted and disrespected women from the podium and unabashedly mocked a handicapped news reporter.The incomprehensible result is that Trump’s poll numbers have gone up, and voters rate him as best able to deal with terrorism.

His closest competitor is Sen. Ted Cruz, whose rhetoric on terrorism and Islam is only slightly less feverish than that of Trump’s. Cruz has said he doesn't think Trump's plan would be the "right solution" but couldn't resist lavishing praise: "I commend Donald Trump for standing up and focusing America's attention on the need to secure our borders."

It seems to me that fear mongering and divisive rhetoric for political gain is a form of terrorism in and of itself. President Obama suggests that acting rashly out of panic and dread is exactly what the enemy wants us to do. Potus clearly believes that the dangers of sober circumspection are far less than the risks of coming unglued.

As Sallman Rushdie once said, “How do you defeat terrorism? Don’t be terrorized.”More importantly, it was Franklin Delano Roosevelt who said, "The only thing we have to fear is fear itself."
Posted by Melissa at 2:27 PM No comments: