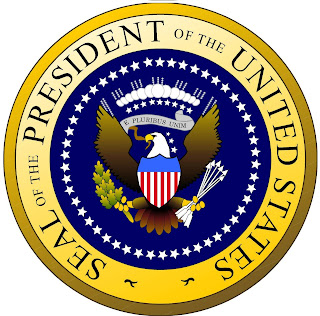 The first amendment is meant to protect our freedom of speech, freedom of press, and our right to assembly to petition the government to redress citizen concerns. That is why we are seeing increasing efforts to have our voices heard and to resist the Trump agenda.

There is also great alarm in America about the “twilight zone” aura that being an American impacted by the new administration seems to evoke. Trump’s thin skin, ignorance of issues, his lack of experience, his hubris, his  penchant for revenge, his need for constant acclamation or praise, his blatant disregard for fact in favor of his own alternate facts that make up his own bubble of his own reality.

Even some Republicans, according to Veteran Beltway journalist Carl Bernstein share such concerns for Trump’s emotional stability. Bernstein told CNN recently that discussions in Washington this week have been, "unlike anything I have seen in 50 years as a reporter." Bernstein further stated, “I am hearing from Republicans, and other reporters are as well, that there is open discussion by members of the President of the United States’ own party about his emotional maturity, stability. People are saying that his psyche is driving the news cycle. We are in uncharted territory here and we ought to talk to some of our colleagues about what they are hearing. [I think it’s a really fruitful area because] I’ve never heard [people] talking about a president… the way this subtext is now a talking point.”

Do the masses of people who gathered all across our country and globally in attempt to voice concerns and to resist Trump’s agenda have that right? Ryan and the Republicans are complaining about the failure of Democrats to play the role of a “loyal opposition” that willingly compromises and cooperates with them and the wrecking crew the incoming administration has assembled to destroy essential programs—beginning with Health Care—while redistributing wealth to the billionaire class that is its core constituency.

The Speaker of the House claims Trump “earned a mandate” for a "go big or go bold", while Trump “counselor” Kellyanne Conway is not just claiming a mandate but complaining that critics of the billionaire are “attempting to foment a permanent opposition that is corrosive to our constitutional democracy.”

I would argue that the 3 million people who voted against Donald Trump in favor of Hillary Clinton and the Democratic party do have a right to resist. Fifty-four percent of Americans voted for someone other than Donald Trump. He has earned no political honeymoon.

If D.J. Trump’s first week in office is indicative of his first 100 days, let alone four years of his administration, he receives a failing grade on his report card.

I am quoting an article, “President Trump: The Normal, the Abnormal, and the Truly Alarming” by Georgia Logothetis to explain why Trump gets a failing grade:

“We begin today’s roundup with The New York Times and its editorial on Donald Trump’s “tantrum” on Mexico:
Less than a week into the job, President Trump on Thursday raised the specter of a trade war with America’s third-largest partner, Mexico, as the White House warned that the United States could impose a 20 percent tariff on Mexican imports. [...]
Sending the Mexican economy into a tailspin is the surest way to reverse that trend, which historically has been driven by market forces, and has never been deterred much by fences or walls. Besides, a tax on Mexican imports would be paid by American consumers and businesses that buy those goods. Americans would pay for the wall, not Mexicans.

Tim Mack at The Daily Beast breaks down Donald Trump’s “word salad” at the GOP retreat:
When he arrived Thursday, he delivered a word salad of a speech—a rambling, self-aggrandizing set of remarks characterized by vague promises, questionable claims, and confusion. Notably, Trump pledged to Republican lawmakers that he would investigate voter fraud—an issue driven almost entirely by himself, and based on no evidence—prompting a dull silence from Republicans in the crowd, many of whom wish the topic would just go away. [...]
Trump’s opposition isn’t just going to get used to it. Protests erupted outside as Trump addressed the Republican faithful. It seems that the City of Brotherly Love doesn’t have much love for President Trump—thousands gathered to demonstrate against the newly sworn-in president.

Ed Kilgore added:
The congressional Republican retreat in Philadelphia this week was supposed to foster highly efficient private discussions and briefings, and let the solons emerge from their labors revealed as a lean, mean, legislating machine. From reports at the end of the first day, however, they looked more like lost sheep, disappointed at the inability of their leaders to provide clear direction on how they would negotiate the tangle of health care, budget, and tax legislation they’ve committed to enact. There is particular anxiety about the very first item on everyone’s agenda: the repeal and replacement of Obamacare.

Adam Gopnik at The New Yorker on “1984”:
The blind, blatant disregard for truth is offered without even the sugar-façade of sweetness of temper or equableness or entertainment—offered not with a sheen of condescending consensus but in an ancient tone of rage, vanity, and vengeance. Trump is pure raging authoritarian id.
And so, rereading Orwell, one is reminded of what Orwell got right about this kind of brute authoritarianism—and that was essentially that it rests on lies told so often, and so repeatedly, that fighting the lie becomes not simply more dangerous but more exhausting than repeating it. Orwell saw, to his credit, that the act of falsifying reality is only secondarily a way of changing perceptions. It is, above all, a way of asserting power.

Steven Rattner, writing in The Washington Post, warns on an under-the-radar Trump nominee:
[W]ithin the Trump team, the views of Representative Mick Mulvaney, Republican of South Carolina, his little-known choice to lead the important Office of Management and Budget, rank as among the most reactionary.
Only slivers of this were visible in Mr. Mulvaney’s uneventful confirmation hearing on Tuesday.
In fact, Mr. Mulvaney — a founding member of the Freedom Caucus with an almost perfect conservative voting record — spent his six-year congressional career leading the charge against federal spending and borrowing, voting against everything from Hurricane Sandy relief to reopening the government after the 2013 shutdown.
His intransigence placed him well to the right of Republican leadership, including former Speaker John Boehner, whom he repeatedly opposed for — get this — being excessively soft on

Catherine Rampell points out Trump is running the government like he ran his failing businesses:
One week into the presidency, we’ve gotten a taste of Trump’s management style. And so far it’s been plagued by many of the bad habits common to poorly run businesses. Take, for example, his administration’s clear indifference to — or outright rejection of — good measurement and analytics. [...] Needless to say, there are major differences between running a business and running a government; it’s a myth that aptitude at one necessarily translates to aptitude at the other. But with ineptitude, maybe it’s a different story.

And, on a final note, Damon Linker breaks down “the normal, the abnormal, and the truly alarming”:
For the first time in my life, I genuinely fear for the future of the nation's democratic norms and institutions. But that doesn't mean that every single thing the new president does or says is an occasion for full-bore panic. More than ever, all of us need to keep our heads and not fall into a pattern of issuing hourly alarms about the imminent demise of democracy and advent of a fascist dictatorship in the United States.

Some of what we're seeing is truly alarming — direct challenges to liberal democratic norms. But other moves are typical early actions of post-Reagan Republican presidents, while still others go much further than previous administrations but should be considered acceptable (if perhaps deeply worrying) efforts to shift policy direction in a dramatic though not democratically illegitimate way.

It is crucially important to distinguish among these different types of moves. It's the only way to maintain some sense of equilibrium and orientation in a profoundly destabilizing and deranging moment in American political history.

In conclusion, I think it is necessary for the media and the masses to be on a persistent Trump watch, hold him accountable, and resist his radical and damaging agenda.

Posted by Melissa at 1:36 PM No comments: